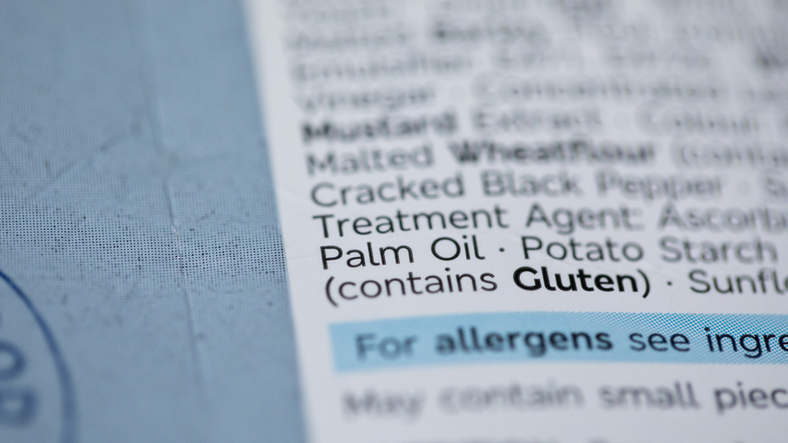 Millions of people suffer from food sensitivity or allergy in the UK, an estimated 30% of the population.
People with severe allergies struggle daily with the fear of a possible trigger. Having a sensitivity to specific foods makes it potentially hazardous to purchase pre-packaged foods, and people tend to rely on an ingredients lists for safety.

The allergens list is easily found on the label of pre-packaged foods sold in places such as supermarkets. It is required by law to have labelling on such foods to show what is contained in the product, disclosing all ingredients and potential contaminants. However, this is not the case for food items packaged and sold at the same facility. Further, it is hard for a customer to distinguish between pre-packaged foods made in a different premises to those prepared on site. As they both have different regulations, it has left customers assuming that a lack of listed allergens would mean they are not present, but that is not necessarily true.

What has existed in law to date?

To ensure it is clear to customers what allergens are present in what food, the EU Food Information to Consumers Regulation (FIC) makes it compulsory for businesses to provide accurate and easily accessible allergen information for the food being sold.

The specifics of how this was done was however left up to EU member states – in the UK, a printed label, written sign, or reactive oral communication have all been valid. This law was transposed into UK domestic law through the EU (Withdrawal) Act 2018 but it was hard to gauge compliance levels.

Why will there be a change?

A lobbying group was set up after the death of a young girl was brought to the attention of the public through the media. This group, which also campaigns in the name of other sufferers of food allergies who died due to poorly labelled food and undeclared ingredients, successfully put pressure on the Government to pass an amendment on current legislation addressing food labelling.

The Government has confirmed that stronger laws would be implemented to protect those with food allergies: It conducted an Impact Assessment on the current food labeling regulations and how effective they were in protecting the public and regulating businesses and the food industry as a whole. It clarified that consumers do not know exactly what is being sold to them and need the confidence to feel safe buying pre-packaged food without worrying what could be inside.

What is the change?

The Food Information (Amendment) (England) Regulations 2019 will come into force on October 1st 2021 in England, Northern Ireland and Wales. The change will force anyone selling pre-packaged goods for consumption on the same premises that they were made to have a list of all ingredients in the food, either provided directly on the package or an attached label. As is usual practice for the labelling of food, the allergenic ingredients must be emphasised (e.g. in bold, italics, or a different colour). It is now not possible to rely on giving a list of ingredients and allergens orally.

It was also realised that there was no clear definition of what pre-packaged foods for direct sale meant, either in EU or UK law. Due to this, in June 2020 the Food Standards Agency updated its technical guidance document with upcoming changes as above, and gave a definition of what food ‘prepackaged for direct sale’, with the hope of adding further clarity to the new regulations. However, this was merely a guide until it was defined in legislation.

What does this mean for businesses?

Any business, voluntary organisation, or any other individual or group selling pre-packaged food for direct sale must ensure they make the changes now and adapt the way they prepare and label food. It is also expected that the Government will refine the amendments over time.

In short, if you prepare food for direct sale, make sure you and your staff are aware of the changes and have sufficient training if necessary, have a plan of action in place for busy periods when ingredients are swapped in and out to meet demand, and that cross-contamination is strictly controlled or the possibility announced on an accurate label.