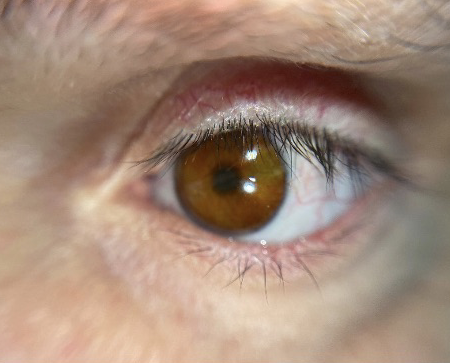 The standard method of manufacturing prosthetic eyes is a decades-old, artisanal process: it is invasive and can be uncomfortable for the patient, as well as time-consuming. But new technology, developed by UK SME Ocupeye, looks set to change all that. As part of a year-long clinical trial with Moorfields Eye Hospital NHS Foundation Trust, the first patients have now been fitted with custom-made 3D-printed eyes, in a move which could reduce waiting lists, and improve the experience for patients.

Ocupeye’s CEO, Gordon Bott, explains: "Until recently, the process of manufacturing prosthetic eyes had been broadly the same the world over. When someone loses an eye (whether because of an accident, or certain forms of cancer) an ocularist injects alginate into the socket to mould its shape. This can be uncomfortable, and is an invasive process for the patient. The prosthetic eyes themselves then have to be hand-made and hand-painted, which is a highly skilled and labour-intensive job.’

The alternative process that Ocupeye has developed (in partnership with Tomey of Japan and Germany's Fraunhofer Institute for Computer Graphics Research) is non-invasive, using a modified (but widely available) ophthalmic scanner to map the void that the prosthetic eye will fill. The scan data, including detailed information about the appearance of the patient’s remaining eye, is then sent to a 3D printer, which builds the prosthetic out of bio-compatible materials.

Not only is the automated process quicker (evaluation, manufacture and fitting now takes days, not weeks) but it’s much kinder for patients, with measurement for the prosthetic being done digitally. The intention is that children specifically will benefit from this ‘no-touch’ method of capturing data. The finished 3D prosthetic also bio-mimics the companion eye, giving it a more realistic and natural appearance.

The trial at Moorfields Eye Hospital will see around 40 patients being regularly checked over the course of a year: the first received his prosthetic at the end of November, becoming the first person anywhere in the world with a 3D-printed eye. Assuming all goes well, the new technology could potentially be making a significant contribution to the 10,000 prosthetic eyes that are needed every year in the UK alone.

With Moorfields being the world’s leading eye hospital, a positive outcome from the trial could see the new technology becoming the global standard. And as it gears up to make the most of this opportunity, Ocupeye has been working with Innovate UK EDGE Innovation and Growth Specialist Jeff Mallows, especially in exploring funding options and protecting Ocupeye’s intellectual property. ‘Our relationship with Jeff has been first-class,’ says Gordon Bott: "With Jeff’s help we received an IP Audit Plus grant to carry out an audit of our patents, and a further grant towards IP professional fees."

Ocupeye is now in discussion with a number of high-profile MedTech investors, to accelerate its entry into markets around the world. According to Gordon Bott: "our work with Innovate UK really stands us in good stead."

You can learn more about the first Ocupeye trial by watching this video.

With Jeff’s help we received an IP Audit Plus grant to carry out an audit of our patents, and a further grant towards IP professional fees."