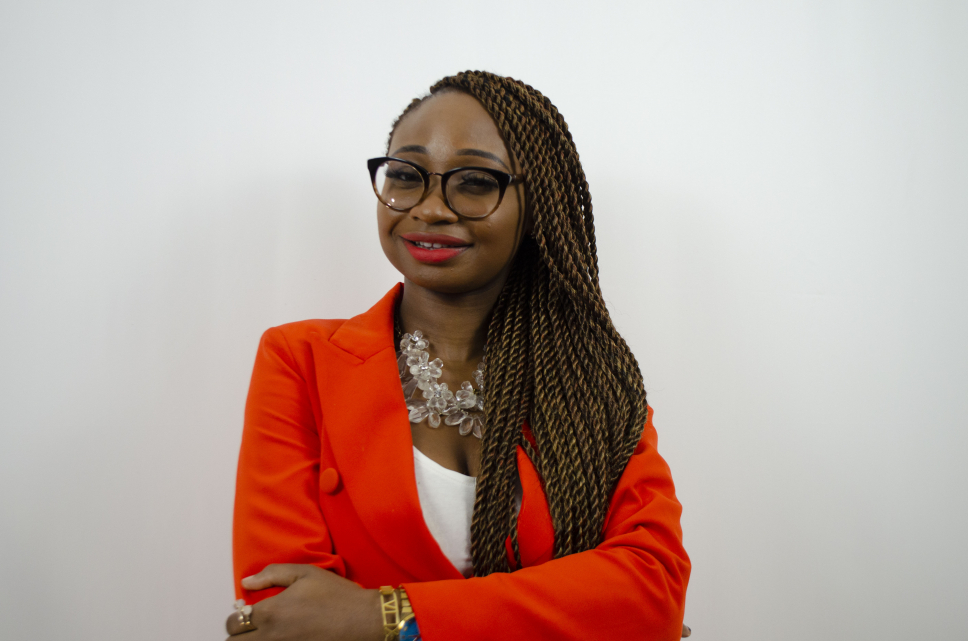 Niyo Enterprise now has a turnover of £480,000 and is looking for investors following the revamp of its growth strategy, developed with support from Daniella Genas, innovation and growth specialist at Innovate UK EDGE.

The company had been operating almost as a charity, with two distinct businesses. Niyo Hair and Beauty, a mobile afro hairdressing service, initially served communities in Nottingham, while Niyo Network, organised workshops for teen mums and ex-offenders on how to braid afro hair.
More than 1,800 disadvantaged black women have benefited from Niyo Network.

Yet turnover in no way reflected the effort expended by CEO and founder Oyinkansola Adebayo and her business partner, Olaoluwa Dada. They were doing a great job at helping other people, but not helping themselves financially.

Oyinkansola wanted to generate enough money for reinvestment to expand the organisation’s reach and help even more people in their community.

One result is a hairdressing academy where black female hair stylists are trained to deliver bespoke hairstyles to a consistent standard.

A review of the marketplace with Daniella showed that app-based technology could improve the customer experience, extend the reach of the business and provide opportunities for innovation.
Daniella then helped Niyo Enterprise to land a £250,000 contract with West Midlands Combined Authority for a collaborative project with the non-profit organisation, Coding Black Females. Through the Black Codher bootcamp, they were able to offer software development training to black women from low-income groups to become full stack developers.

The web-based app allows customers to browse mobile hairdressers in their area and review their ratings and hairstyle options. A web-based pilot is proving a success, with Niyo Enterprise’s hair stylists attracting around 100 customers and counting. The app is due to roll-out in the Midlands and beyond in during 2021.

With the support from Innovate UK EDGE, Niyo Enterprise has increased its mobile hair stylists by seven, with a further five project support roles created.

Niyo Enterprise has since worked with major brands such as KPMG, Apple and Citi Bank on additional opportunities for black women, boosting revenue for reinvestment.

Oyinkansola, CEO at Niyo Enterprise, said: “Daniella has had a massive impact on my mentality which has been central to a lot of the organisation’s growth. When I first met her, Niyo Enterprise was really a charity, and her motto of ‘thinking big, taking action’ has really resonated with me.”

Oyinkansola added: “She has helped us to map out where we wanted the organisation to be in the next three years. That has enabled us to keep a sharp focus on how we are operating, and what commercial progress we are making in order to grow and have a positive impact on more people.”

Our Innovate UK EDGE specialist has helped us to map out where we wanted the organisation to be in the next three years."