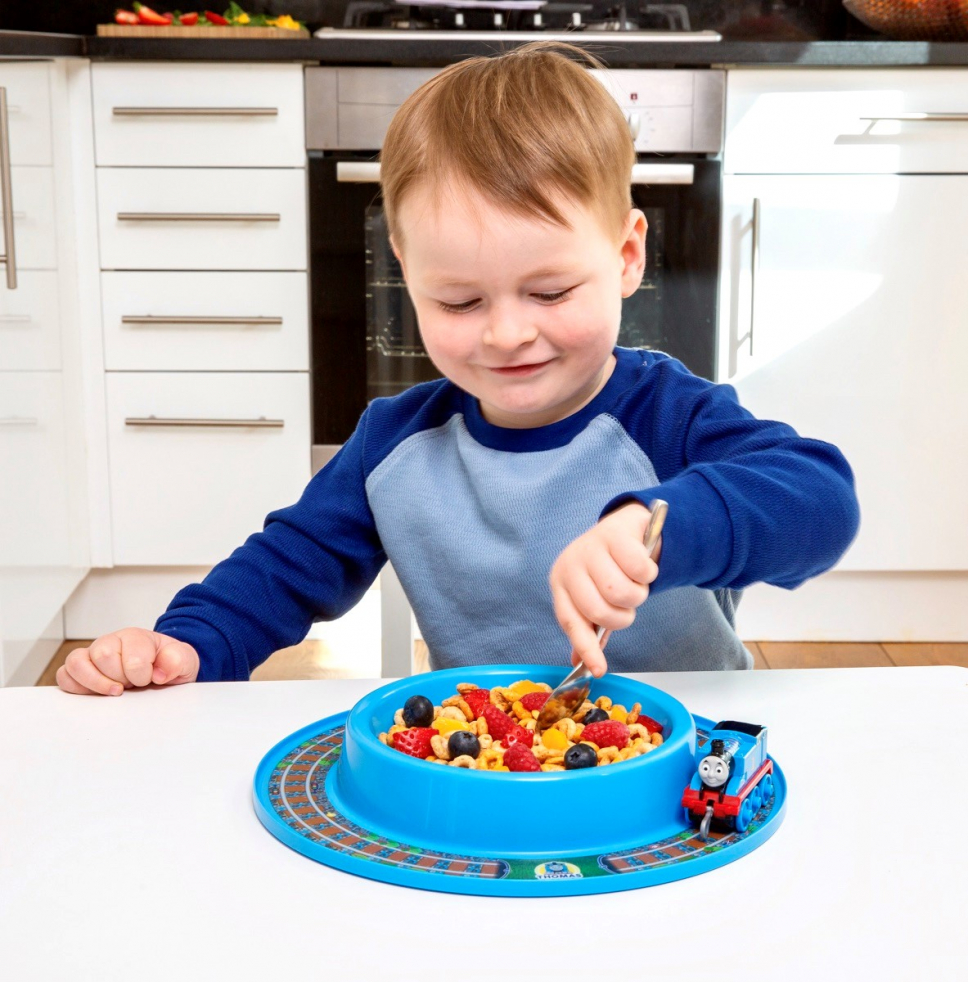 Supported by Innovate UK EDGE, a London-based start-up has created a successful business based around novel children’s plates with in-built train tracks.

Sophia Procter, founder of Munchy Play, said: “the idea for the plates came to me because I struggled to get my toddler to sit down at the table at mealtimes.”

“My son was a really difficult eater, and he was always too busy playing with his Thomas the Tank Engine trains to come to the table, so one day I put Thomas around his plate on a makeshift track and it transformed mealtimes.”

Soon after, Sophia went online to purchase a plate with an in-built train track, to discover that there was no such product.  Therefore, she decided to design and produce a plate herself. Three years on and Munchy Play has sold thousands of Thomas & Friends plates and has just launched a new product, featuring the Hot Wheels car brand.

In 2020, shortly before Sophia launched Munchy Play with a generic car and train plate, she started working with Innovate UK EDGE, benefiting hugely from the support of two innovation and growth specialists. Although Sophia has many years’ experience of working in PR on high profile projects, she had never setup or run her own business before, so having specialists on hand to help her launch and scale the business was invaluable. “The mentoring I received was so important and helpful – you’re so alone in those early days and you don’t know what to do or where to go.”

For example, one of the specialists recommended that she made a prototype plate to give to people and invite them to feedback any comments. From that process she discovered that people wanted a non-slip feeding plate. “If I hadn’t tested the product like that, I wouldn’t have known that and I wouldn’t have changed it.”

The specialists supported online marketing around the launch campaign. Procter also reached out to her contacts, such as the fitness coach Joe Wicks and the actor Richard E Grant, to endorse her plates on social media. The specialists helped Procter hone her business plan, secure intellectual property rights and gave her valuable mentoring support around licensing. The licensing support led to the ongoing partnership with the American multinational toy manufacturing company, Mattel, the launch of the Thomas & Friends train track plate collection in 2021 and the Hot Wheels plate this year.

Procter knew there would be a strong demand for her plates, but she never dreamt she would enjoy the success she has and so quickly. Munchy Play has won numerous awards and has been on BBC Breakfast. It was named Start-up of the Year by the Federation of Small Businesses in March 2022, was shortlisted for the Junior Magazine awards 2020/21 ‘Best Children’s tableware design’ category and was a Small Business Winner in the Dragons Den’s Theo Paphitis’ ‘Small Business Sunday Campaign’ in 2020.

But according to Procter, the best reward of all is the feedback from parents. “Awards are wonderful and lovely, but when you get mums sending you messages like ‘My child is autistic and the plate has been a complete game changer’, that’s the most amazing thing.”

The mentoring I received was so important and helpful – you’re so alone in those early days and you don’t know what to do or where to go.”